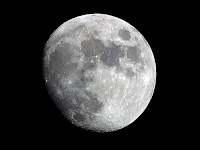 A reader writes in from Clarendon Park:
"Several what appeared to be gang members gathered last night on the softball field bleachers at Clarendon Park around 11:00pm. They were being loud and appeared to be drinking, as well as bullying one person who was down there with them. They were getting up in his face and sounded like they were threatening him, or at least looked like it. There was definitely some intense conversation going on between the majority of them (who were in black) and the one they were shoving around (wearing a white t-shirt, and he was sort of staggering, leading me to believe he was intoxicated). This went on for half an hour, and the volume of their "conversation" increased over that half hour. My significant other wanted to take the dog out before bed time, but was reluctant to do so because the situation in the park below seemed to be increasingly volatile... like they were going to deliver a beat down on this guy in the white shirt (that, or a bullet). We were wondering, over this hour long period of time, where had ANY cops been? None had driven by, patrolling the area. If they had been, they would've shut down these park loiterers in a quickness. Just as I was about to pick up the phone and call the cops, a cop car rolled up and pulled over in front of the park on Clarendon Ave. Two blues walked over and shined their flashlight on the area, saying something along the lines of "What is this here, a congregation??" At this point, the loiterers started to walk briskly away from the bleachers across the park toward Marine Drive. The cops stayed in the area for about 10 minutes, which is when my significant other chose to take the dog out. As soon as he came back in, the cops got back in there car and drove away.

The thugs returned from behind the community center a short while later and they seemed to pick up where they left off. No cops came back to re-patrol the area, interestingly enough. I fell asleep at this point, and was re-awakened at 1:15am to here them still shouting at each other out there. This time, it was full on shouting and threats.

The reason I'm reporting this is because, it seems as though something is bubbling under the surface here, and I want other residents near Clarendon Park to be vigilant, especially during this time of year. Its getting warm out, and that seems to be prime time for gang wars and related incidents to be increasing.

Someone called the cops when they saw this loitering the other night (at least, I believe someone did, as the cops seemed to pin point this area as they drove by)... people need to continue to call the cops when they see stuff like this because, as far as I know, these parks are supposed to be closed at 10pm? Or 11? Either way, those guys shouldn't have been out there. This is another place that might need some positive loitering. Just a thought."
By Uptown Updater - May 04, 2010