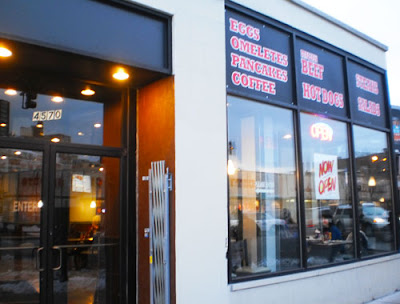 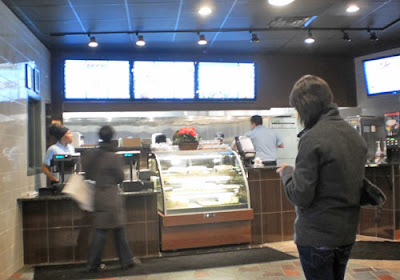 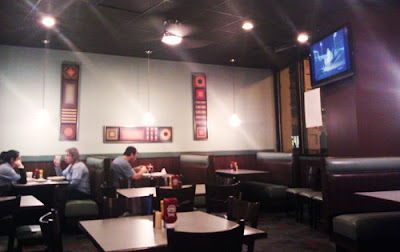 First thing first:  It's not Dengeo's.  It's Palla's Grill.  (More on that later)

It opened last Thursday, and UU started getting notes from readers who noticed.  So we went over for a mid-afternoon meal on Saturday to check it out.

The new owner, George Goumas, bought the space that was home to the Best Steak House for decades.  He spent a lot of time and money remodeling it.  And it shows.  The new restaurant is light, modern and airy, with booths, tables and TVs.  The staff is warm and friendly.  It's the kind of place where you go in, order at the counter, get your drink, and sit down.  Your food is brought out on a tray, which is later picked up by the extremely efficient waitstaff.  There's a tip jar if you're so inclined.

As with every new restaurant, there are some growing pains, such as a slightly long wait time as our orders were prepared.  But the food is worth waiting for.  In honor of George's Greek heritage (and accent), I had gyros and baklava.  Both were outstanding.  My companion tried the silver dollar pancakes, which were pronounced equally delicious.  Prices were reasonable (see menu below).

Now, about the Dengeo's we were told would be there:  George is good friends with the people who run Dengeo's.  They're giving him advice and making some calls to promote Palla's.  Between that and the fact that he doesn't go online, there was some confusion.  George says he had no idea that Palla's Grill had been identified as a future Dengeo's.  We'd heard the buzz and were excited to try Dengeo's, but having tried Palla's, we can't say we're disappointed.

The hours are 10am to 10pm ("for now," according to George), seven days a week.  They do takeout and dine-in, and possibly will do delivery in a few months, after ensuring that the restaurant itself is operating smoothly.  There will be new signage outside soon, too (it's on order).

We wish George and Palla's Grill much success.  May it be the first of many positive changes at Broadway and Wilson.